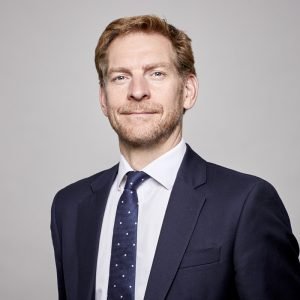 Attracting big institutional investors is key to getting a healthy rental sector. With the news that L&G have committed to a BTR (Build To Rent) scheme for 338 apartments in Edinburgh (subject to planning) and Platform_ have acquired a site for 220 units in Bonnington, Edinburgh, it is fair to say that BTR in Scotland is finally, almost, here to stay subject to continued support from politicians and elected members.

These fears have now faded somewhat; the new Scottish Private Residential Tenancy was introduced in December 2017 and is now an accepted feature of the rental landscape. And whilst IndyRef2 may re-emerge in the future it feels as if the turmoil caused by Brexit has kicked the can down the road for now. Finally, the Scottish Government has put its weight behind the BTR sector in the form of the Rental Income Guarantee Scheme (RIGS) – the significance if which is perhaps more psychological that actual, but significant, nonetheless.

Due to previous uncertainties the number of operational BTR schemes in Scotland can be counted on one hand – LaSalle in Aberdeen and Aberdeen Standard in Edinburgh; in additional there are a few significant “new build” blocks (“accidental” BTR) that command strong rental levels such as Quartermile and The Foundry (Fountainbridge) in Edinburgh, plus Buchanan Gardens in Glasgow.

With it forecast that house prices will rise by 17 per cent by 2022 and it becoming increasingly difficult to get a foot on the housing ladder, over the last 24 months we have seen a healthy build-up of pipeline for significant purpose built BTR schemes in both Glasgow (2,246 units approved) and Edinburgh (1,197 in planning/pre-planning). Institutional investors and major players in the BTR sector have now committed to Scotland including MODA, L&G, Platform, Vastint and Get Living.

Although a small scheme, the 36 BTR units in Glasgow’s Merchant City (by Kelvin Properties) is significant in that it is now completed and fully let following only 6 weeks of advertising. Rents ranged from £995 to £1,350 per month for a two-bedroom home with 60% of the tenants aged between 24 and 34.

It is clear that BTR is a concept which will become increasingly popular in the city and has the benefit of reviving city centre living, with Glasgow City Council setting a target of 40,000 people living in the city centre by 2023. This shift in lifestyle is well recognised by those who have already committed to BTR in Glasgow; MODA, Platform, Get Living and L&G have committed to 1,947 BTR homes in Glasgow between them.

Edinburgh lags behind Glasgow in terms of committed BTR homes but is now gaining momentum. MODA are committed to c.477 units in Fountainbridge; Vastint are in planning for 243 units, S1/L&G are in planning for 338 units at Skyliner in Leith and most recently Platform_ will be developing 220 units on the former John Lewis Depot site in Bonnington.

Scarcity of suitable BTR sites of scale particularly in Edinburgh is a major issue. The answer is for developers to look to emerging secondary locations with strong transport links such as Leith, Bonnington, Gorgie and Shawfair (in Edinburgh) and Finnieston, Yorkhill and Merchant City (in Glasgow).

Critical to the success of BTR is that perceptions amongst politicians and Elected Members continue to evolve as the benefits of BTR to tenants and key-workers become better understood.

Rental stock in some parts of Scotland perhaps suffers from a negative legacy of individual private landlords offering inconsistent and poor quality rental properties. What institutionally backed BTR offers to tenants are the benefits of a stable and responsible landlord who takes a long-term approach to investment and offers professionally managed homes.

Scarlett Land and Development (together with Savills) acted for Platform_ in their acquisition of the former John Lewis site in Bonnington, Edinburgh which is consented for 220 units.